In Africa, Audi is slowly making a name for itself. While its sales are still far from the number of units Mercedes Benz ships to the continent every year, Audi now ranks among the preferred premium automakers. In South Africa alone, Audi was able to ship 976 units to the country in 2017.

With Audi’s operations expanding in Africa, the automaker is now tapping into blockchain technology in order to enhance its physical and financial distribution process. Using a blockchain solution, Audi will increase the transparency and security of its supply chains.

Coinwire reports that Audi’s blockchain solution was based on IBM’s Hyperledger Fabric, which is an open-source collaborative effort that was created to advance cross-industry blockchain technologies. The research team was made up from experts in banking, finance, Internet of Things (IoT), manufacturing, and supply chain in order to create an open, standardised, and enterprise-grade distributed ledger framework. Audi launched a Proof-of-Concept (PoC) of its blockchain system last year, and the company will proceed in using it due to an overwhelmingly positive feedback from Audi’s partners.

As previously mentioned in our article titled ‘Benefits of Blockchain Technology in Various Industries’, blockchain is an incorruptible digital ledger that can be used to record anything permanently. It is for this reason that blockchain is being used by the financial sector, as well as other companies, who need blockchain’s strong infrastructure. Blockchain is also at the forefront of security and preventing cybercrime due to fact that it encrypts all transactions. Audi’s systems will be enhanced further by adopting blockchain into its manufacturing process, and may even reduce its costs by minimising the involvement of third party groups in the acquisition of automotive parts from suppliers.

The head of Audi’s Group Treasury Alexander Dietmeier states that blockchain has the possibility to revise various operating procedures within industrial companies, as well as open new possibilities. Dietmeier further states that he believes his company will be accepting cryptocurrencies as payment for car purchases in the near future.

Africa’s adoption of blockchain has been overwhelmingly positive to say the least. Last year, we reported that Nairobi Bitcoin Meetup mirrored Africa’s growing interests in blockchain and the cryptocurrency market. The event aimed to create awareness, spark interest, and continue the growing conversation of Bitcoin and its blockchain technology.

Africa’s growing interest in blockchain spurs from the idea that the technology can help transform small businesses in the continent. Using blockchain, transaction fees can be reduced and smart contracts can be created in addition to transforming business processes. Kenya-based business ChamaPesa for example is now using blockchain in order to improve the bookkeeping systems of companies. Audi’s move to use blockchain to enhance its systems, manufacturing, and distribution process is predicted to be of great interest to African and global businesses. This will potentially boost its sales due to the growing use of the blockchain technology in different business aspects. 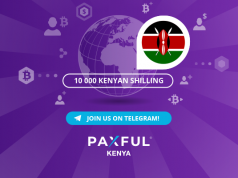