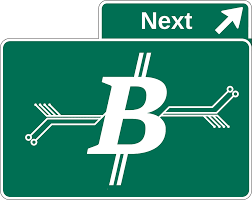 Bitcoin blockchain as is

The bitcoin blockchain is supported by a network of distributed computers otherwise referred to as nodes. Notably, these nodes are connected to a peer-to-peer network, which enables the verification of transactions besides ensuring transparency. The bitcoin transactions are duplicated in all of these nodes, which makes it hard to alter or corrupt the transactions. This is why the blockchain is said to be decentralized. Essentially, the transactions data shared to all the nodes connected to the network consists of inputs and outputs. Inputs consist of the sender’s address and the digital signature while the output consists of the recipient’s address. The digital signature ensures that the sender has enough funds to make the payment. Following a consensus among the connected nodes regarding the validity of the transaction, the transaction sits in a mempool waiting for a miner to add it in the next block. Once this is done, the transaction is deemed complete.

The transactions process on the bitcoin blockchain has been efficient for a long time. However, the growing number of bitcoin transactions requiring that more blocks be added on the blockchain are derailing the efficiency. Notably, a new block is generated every 10 minutes, and the size of each block is about 1MB. This constraint in size means that only a certain number of transactions can be added on the blockchain. Moreover, the weight of each transaction is weighing down the network resulting in delays in transaction processing and verification. Considering that barely half of the world population is undertaking bitcoin transactions, this system may not be sustainable in the long run hence a significant change ought to be effected.

To remedy this problem, Wuille suggests Segwit, which will see the digital signature separated from the transactions. Essentially, segwit seeks to eliminate the signature as an input component and move it to a structure as the transaction near completion. Once SegWit is implemented the size limit of a block will be increased from 1MB to slightly below 4MB. Consequently, this would increase the capacity of the blockchain allowing for more transactions. Notably, SegWit would also solve a problem, which is the possibility of the receiver to intercept the sender’s transaction with the intent of defrauding the sender. Well, there has not been many cases of this nature, but this remains to be a loophole that needs to be sealed off. Ordinarily, by separating the digital signature from the input, changing the transaction ID without nullifying the digital signature would be impossible. 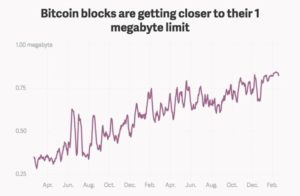 Segwit is the fabric underlying a ‘Lightning Network’ through which transactions are cheaper, faster and allows for scalability. Additionally, this network opens up channels that allow moving transactions from the main blockchain to reduce the traffic. Some developers have already come up with this technology. The bitcoin blockchain presently allows for the execution of basic transactions. However, the lighting network expands this functionality by allowing the users to execute smart contracts besides enabling the execution of near-instant micropayments. One of the major challenges on the bitcoin blockchain is the need to engage custodian when making payments. Unfortunately, the custodial fees are considerably high such that small transactions are virtually impractical.

The quorum required to adopt SegWit is about 95% of the bitcoin community. Upon consensus, there will be a switch to the Bitcore Core client for about two weeks before full activation of segwit. Currently, only about 30% are backing this new process.