Scalability has probably been one of the main issues talked about in the crypto and blockchain space apart from probably price level. In the current state, the decentralized nature of blockchain is such that every node has to process every transaction in order to verify. This has worked in ensuring the decentralized nature works and that no one party is responsible for the verification process. However, with growth and increased adoption of cryptocurrencies, the process has become slow. The transaction data has increased and piled up since it is all interconnected. Every transaction means another block is added pilling up data. The debate within the community has therefore been to seek other ways of ensuring scalability without compromising the nature of blockchain. One of them is through enabling faster processing of transactions without the need for verification by all nodes within the network while maintaining the trust, validity, and authenticity of the network.

Sharding: the process whereby different parts ‘shards’ of the blockchain are stored as well as processed by different nodes in the network. The idea behind sharding is enabling each shard to process a small part of the state and therefore reducing the burden of the speed of processing transactions.

Off-chain computations: executing computations off-chain which would otherwise be expensive when executing them on-chain while maintaining security. The rationale is to improve the transaction throughput hence higher speeds.

How it works: let’s say Alice buys coffee from Kim coffee shop every day. A payment channel can be established between Alice and Kim Coffee shop that can only be signed off by the two parties. Alice deposits say 0.05 BTC on the channel and whenever she buys coffee she pays via the amount. The verification of the transaction is done off the main blockchain, but balance sheets of both parties are verified ion the blockchain. This is facilitated by the so-called lightning network.

However, questions remain as for whether a person will be required to have hundreds of payment channels for different types of purchases with various merchants, vendors. The solution to this is that people can use their friend’s payment channels if they have prior relationships thereby avoiding creating payment channels with everyone.

Another off-chain solution being proposed is plasma: main transactions are being made off the main blockchain, being proposed for Ethereum. With plasma, it allows for the creation of ‘child-chains’ branching from the main/root blockchain but still attached to the main Ethereum blockchain. This would enable faster processing of transactions and lower fees on Ethereum blockchain because complex operations are undertaken outside the main blockchain. In terms of security of transactions, participants can have ‘plasma exits’ meaning they can stop participating in a plasma chain 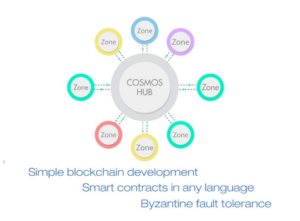 Proof of stake can solve scalability problem? Yes, this could be possible through sharding. Sharding in proof of work is a bit tricky because they are susceptible to 51% attack since the proof of work system is implemented to be completely anonymous. However, with proof of stake, validators have known Ethereum addresses and therefore nodes are chosen randomly making hard for an attacker to process any given set of transactions on a shard. Secondly PoS there is no issuance of new tokens for miners, unlike PoW. you can read more here.