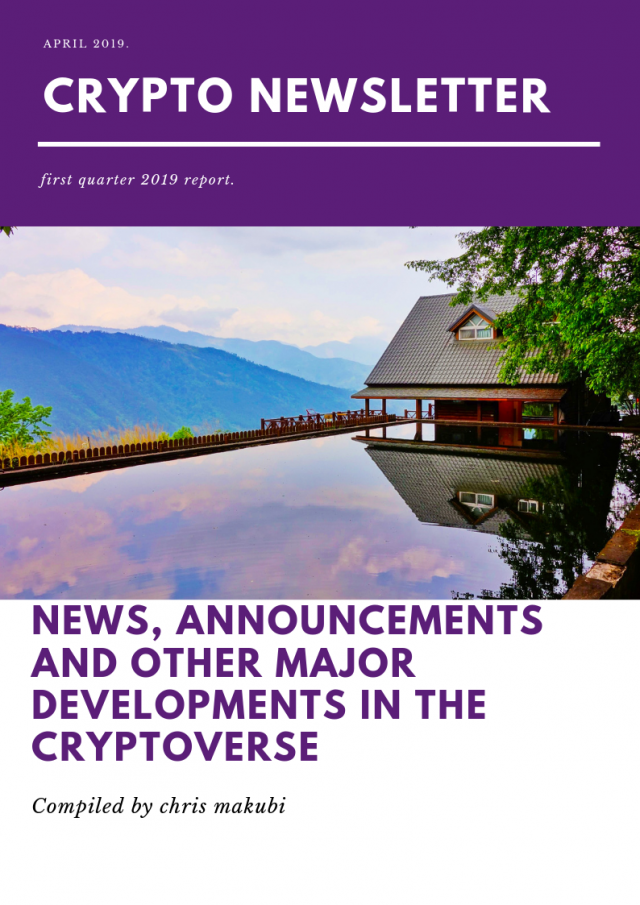 The first 3 months of 2019 have registered a lot of activity in the crypto world. In this post, we track some of the major developments from all over the world and their probable impact on the ecosystem.

Ethereum was initially set to undergo a hardfork on January 16 2019 called Constantinople/St. Petersburg. However, detection of a vulnerability in the Ethereum Improvement Proposal (EIP) 1283 led to the postponement of the event.  The hardfork finally took place successfully on February 28 2019 at block height 7,280,000. The hardfork meant that the following new features are coming to the Ethereum blockchain

Lightning network is a second layer on top of bitcoin’s blockchain that is meant to allow for faster transactions processing. If it works as envisioned, it would enable bitcoin increase its number of transactions per second, thereby serving as a viable means of making micro payments. The lightning network has registered massive growth in first quarter of 2019. This was propelled by the spreading of ‘Lightning Torch’. Lightning torch was started as an experiment to show how the lightning network offers faster means of sending bitcoin from one person to another without reliance on any third party. By using Twitter to popularize it, an individual would add a small amount of bitcoin and passing it to another. Famous individuals in the crypto ecosystem such as Jack Dorsey (Twitter, Square) have participated in the experiment. Personalities in 37 countries have participated in the process including Kenya, Somalia, Venezuela, Napal, UK, USA among others. You can find the latest from Takethetorch.

Some blockchain based companies announced major layoffs as a mechanism to mitigate falling crypto prices. Shapeshift announced laying off of 37 employees, ConsenSys- upto to 60% of its staff, Bitmain (half), Steemit (70%), Kraken (57 staff members).

However, other companies were doing the opposite by hiring more blockchain engineers, product managers in a bid to gain foothold into the industry. Statistics also showed that blockchain based careers especially engineers has continued to grow. Enterprise blockchain seems to be major focus as companies such as Facebook, JP Morgan try to see how they can get involved in the blockchain industry.

Despite the continued slump in crypto prices, major companies announcements showed that the adoption is still on the rise. Some crypto companies were still thriving. for example, Bitpay, a US based crypto payments processor said it processed over $1 billion in transactions in 2018. Number of crypto ATMs also reached 4000 globally. HSBC also announced that it has settled $250 billion in trades using distributed ledger technology (DLT).

IBM also announced it was launching a blockchain-powered payment system Blockchain World wire (BWW). The project launched in collaboration with Stellar network and had already on-boarded 50 banks. The network aims to leverage cryptocurrencies for near real-time international settlements between banks. This is a direct competitor to Ripple.

SWIFT also announced that it is testing R3 technology and integrate it into their business. R3 provides enterprise solutions that enables transfers through blockchain technology 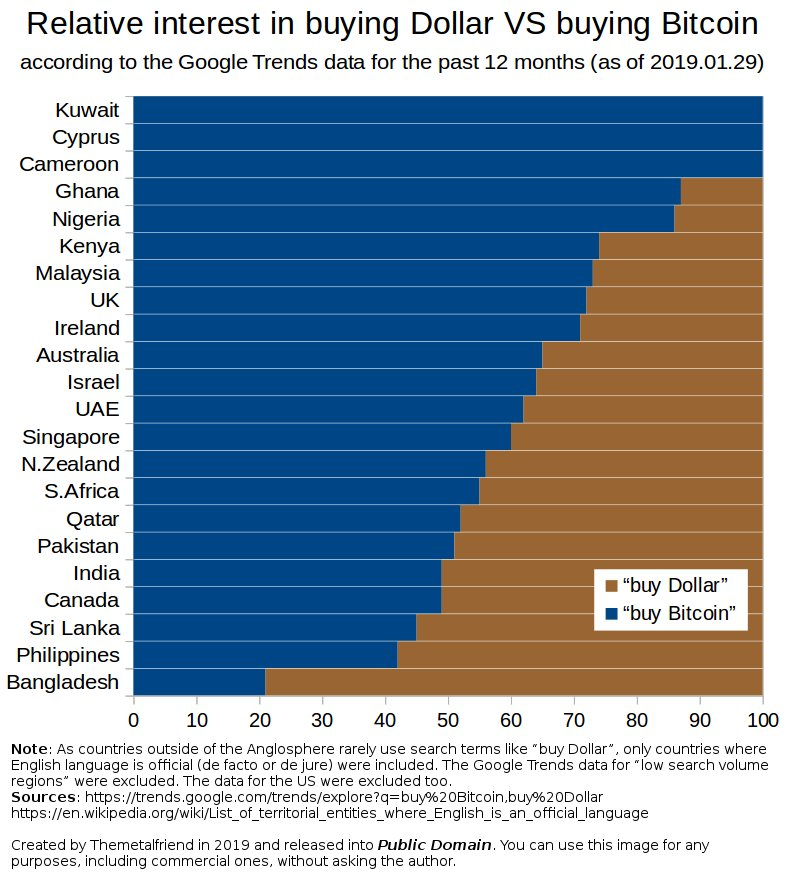 Use of IEO as an alternative to ICO (initial Coin offering) has attracted attention. Binance launched Binance Launchpad for enabling crypto startups to undertake their token sale on Binance exchange. in This case, investors who want to participate do by sending ETH/BTC or other accepted currencies to the exchange instead of to a smart contract as it is the case of ICO. Other exchanges such as Bitrex has also announced plans to form a IEO platform. It is expected that IEO is expected to continue to be a attractive way of fundraising.

Other developments and announcements

More companies get involved in blockchain and cryptocurrencies. Jack Dorsey, CEO of Square and Twitter announced formation of SquareCrypto, an arm of Square payments company that would focus exclusively on crypto. In an announcement on Twitter, Jack said that the new entity, SQcrypto , would focus on making crypto adoption better by building tools to facilitate that. It would work as separate entity from square and would be open source and would work on what’s best for crypto community and not necessarily for Square’s commercial interest.

Coinbase-Neutrino: Coinbase CEO, Brian Armstrong came out to explain their decision to acquire Neutrino, amid backlash that led to #DeleteCoinbase hashtag on twitter. Neutrino has been dogged with claims that The CEO had previously worked for a company called ‘hacking Team’ , a company that was using controversial surveillance technology. There were fears that  with acquisition, coinbase would also begin to undertake surveillance on its customers. With increasing backlash about ‘surveillance capitalism’ where major tech giants such as Google and Facebook are harvesting as much as possible in order to understand consumer behavior, coinbase users feared that the company would do the same with financial data. In a blogpost explaining the move, Brian admitted lack of due diligence on their part and that those who previously worked on the Hacking Team would ‘transition out’ of coinbase.

Coffee on the blockchain: A Ugandan-based company reported that it was using blockchain technology to certify coffee shipments.  This is in a bid to satisfy consumer need for knowing more information about where the coffee had come from. The news appearing on Business Daily indicate that buyers are willing to pay more for goods that can be traced to their origins.

ADAF: Africa Digital Assets Framework published their first regulatory framework for ICOs in Africa. The aim is to create consumer protection guidelines and minimum standards for token generation events otherwise referred to as initial coin offerings (ICOs). The guideline creates a set of standards for consumers, policymakers and entrepreneurs to follow when evaluating or participating in token generation events for utility-token based ecosystem. The document was prepared by distributed community of members across 14 countries. You can access it here.

In terms of government and regulations, Mauritius’ Financial Services Commission (FSC) announced in  that it was establishing a digital asset custody regulatory framework. This would be first in the world and is expected to be a solid gateway for institutional investors and its showcasing the country’s intent to foster adoption and growth of digital assets. The framework was expected to come into force on March 1 2019.