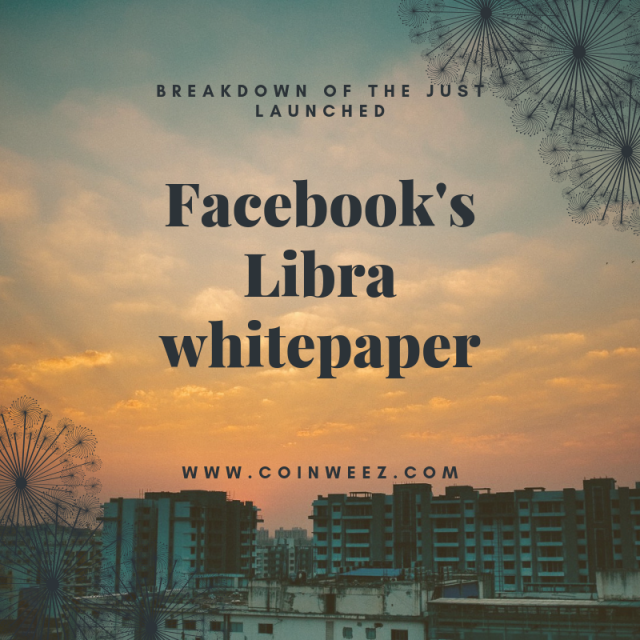 Today Facebook finally unveiled its plans that it’s working on introducing a new digital currency called Libra coin. The announcement was made by launching whitepaper which details the project goals and ambitions.

What is it?: a cryptocurrency backed by reserves (essentially a stablecoin) designed as a medium of exchange. The stablecoin will be pegged on a basket of currencies such as USD, Euro, yen, etc and not only the USD. The value of Libra coin is yet to be determined. What stablecoins enable is stability in value meaning that merchants would be enticed to accept it as payment since the value will be stable. The aim is to create global currency mainly targeting the unbanked in developing nations.

It, therefore, seems like marketing efforts could be directed more in developing nations. To start with, this is how it might work:  users will be able to cash in a local currency, say KSH, get Libra coin, using wallet apps such as Calibra or other third party wallet apps. Then spend your Libra coin like you’d do dollars such as send to another person and when you want, cash out by selling Libra for local currency via a wallet exchange app. All this with a promise of low transaction fees. There are expected to be local resellers that could tap into this opportunity by exchanging Libra for local currency (fiat). The money that a user exchanges for Libra go into Libra reserve. Therefore it is expected that there will be minting of new Libra coin based on demand and when someone cashes out, the equivalent value of Libra will be burnt.

Consensus mechanism: Byzantine Fault Tolerance (BFT)-based (LibraBFT) permission blockchain. Says they will eventually move to permissionless blockchain. Each partner will act as a validator node. These act as servers that operate the blockchain. 2/3 of nodes must reach consensus for a transaction to be valid. Transactions cannot be reversed and if an attack happens causing a fork, the Libra Association will temporarily halt transactions to ‘figure extent of the damage and recommend software updates to resolve the fork’. Similar to Ethereum gas, there will a small amount of transaction fee generated per transaction that will be used to deter spam, DOS (denial of service) attacks.

On Facebook controlling the project:  In a twitter thread, head of Facebook’s blockchain division, David Marcus, reiterated that Facebook does not want to control the project mixing social data with financial data and therefore had created Calibra as a subsidiary to lead the team of partner companies in building services on top of Libra Network and currency. Each of the partners has invested $10 million in the project. Calibra will have a digital wallet that will be available in WhatsApp and Facebook Messenger and as a standalone app next year. In a Facebook post, Facebook CEO Mark Zuckbucks said that Calibra will be regulated like any other payment service provider separate from Facebook. In the same post, he said that

‘those who lose their Libra coins will be refunded’.

Other partners will be able to build and launch their own services using Libra.

A person will not be required to register on Facebook or be  Facebook users to use the Libra coin, according to Coindesk. Facebook will be expected to have the same level of governance rights as the other partners in the project.

Partners: Libra Association is made of 27 partners and is expected to reach 100 by the time the project is fully operational. They are from tech & marketplaces, venture capital, payment companies, even NGOs. Each partner member has one vote or 1%. To join the partnership there are various requirements such as VC firms must have at least $1 billion under management, NGOs to have 5 year track record of poverty alleviation, operating budget of more than $50 million. More details on this here.

Facebook and other founding partners of Libra will earn interest on money users cash in that is held in reserve to keep the value of Libra stable. This could run into millions according to an earlier analysis by Forbes.

Regulation: Will comply with various KYC and AML regulations, mainly ID verification, in different countries. In the USA, Calibra is registered as a money transmitter license in states that ‘treat cryptocurrencies as the equivalent of money, according to coindesk. It is likely not to conduct business in jurisdictions that have outrightly banned cryptocurrencies. It is not very clear how they will be regulated in each country they operate.

Some other interesting features from the whitepaper are:

Launch: the project will be officially launched sometime in 2020 so in the meantime, you can’t use/receive or send Libra coin. What they have done is to launch the whitepaper and generate buzz about the project in anticipation for the official launch.

The prototype is expected to run in beta mode until it is launched officially. Libra developer site. The programming language used is MOVE eventually aimed at implementing custom transactions and smart contracts. The Libra ecosystem and Move says they are open sources and developers can build on top of it.

We will be keenly following Libra coin in the run-up to the launch in 2020. More to come.