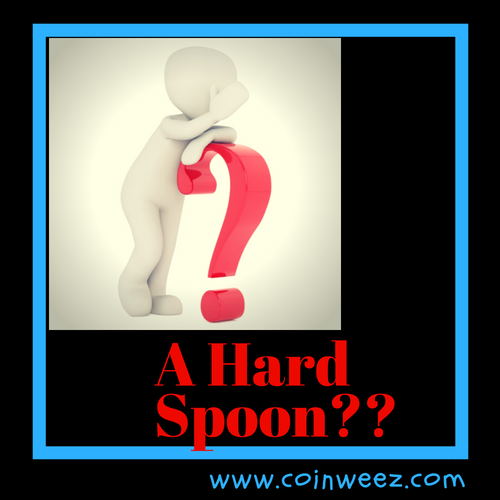 Vitalik Buterin explains a hard spoon as a meta-protocol on top of a blockchain creating a token that inherits the original blockchain’s underlying token balances.

Through a hard spoon, cryptocurrencies can exist on multiple blockchains and at the same time take the existing account balances into consideration. After a hard spoon, current token holders will receive the same amount of newly minted tokens in a ratio other than 1:1 depending on account snapshots used before distribution.

Hard spoons are not meant to bring competition to the original cryptocurrency, nor steal the market share. Their goal is to provide token holders and the market in general with broader access to cryptocurrencies. This is through replicating coin or token account balances and minting parallel cryptos that function on a disparate blockchain. Over time, a hard spoon will, therefore, offer greater efficiency and boost performance.

Hard spoons will also offer the crypto community and developers a chance to work with the existing community members of the original cryptocurrency to explore the new platform and improve on any shortcomings. In addition, hard spoons will provide more mobility to reduce the restrictions in the blockchain space and expand the reach of the cryptocurrency.

Cosmos Network announced September of last year that they would introduce a hard spoon. The hard spoon would occur on the Ethereum blockchain by duplicating the account balances of Eth holders. These balances would then be pegged on Ethermint VM zone. Simply, Eth holders will have their coins duplicated in the EVM zone and can redeem them as Fee tokens within Ethermint. Therefore, Ethermint is the hard spoon of Ethereum by Cosmos Network.

Hard spoons are different from hard forks. When hard forks take place, it is difficult to replicate existing balances. However, hard spoons take into consideration an existing chain and the account balances. With the growth of technology, more differences between these two concepts will be realized.

OmiseGo (OMG) is also another cryptocurrency that had planned a hard spoon in collaboration with Cosmos. This would help OMG to create the Honte milestone. Honte would be a Tendermint/Ethermint chain that would support an initial implementation of the OMG decentralized exchange. This hard spoon was said to be needed since the development of Plasma, the Ethereum scaling solution was much more advanced than previously planned.

OmiseGo was built to scale according to Plasma. After the development of the Honte milestone, OmiseGo will lay the foundation in preparation of plasma. Once Plasma has been developed to an equivalent stage as Honte, then OmiseGo will shift from Tendermint to Plasma. Honte will be a hard spoon onto Cosmos while Plasma will continue using the existing OMG tokens.

These two hard spoons were expected to take place between May and June 2018.