Initial Exchange Offerings (IEO) are taking over fundraising in the blockchain space and the figures allude to this fact. IEOs have become the preferred mode of crowdfunding since the debut of Bittorrent Token (BTT) that raised $7million on the Binance Launchpad in January 2019. Bitfinex own IEO raised $1 billion in just 10 days signifying the rise of a new trend in the crypto space. Since then, IEO projects have succeeded in raising over $3billion within the first 5 months of 2019. In May alone, IEOs raised $1.19billion dwarfing amounts raised via ICO, STO and even venture capital. Moreover, some IEOs have succeeded in raising millions of dollars within seconds of their listing.

What is an IEO?

IEO is a fundraising event conducted on an exchange with investors able to buy tokens using their exchange wallet. Find a detailed article on IEO here.

So why are IEOs becoming so popular in the cryptocurrency and crowdfunding spheres?

IEOs are considered to be much safer bets than ICOs in that they are conducted on existing and well-known exchanges that usera are already familiar with. Crypto exchanges such as Binance, OKEx, Bittrex, Huobi, KuCoin, Coinebe, Probit, and ExMarkets have developed own platforms to facilitate new token purchases for crowdfunding purposes.

From an investor’s perspective, having the backing of a well-known, trusted, and familiar exchange serves as an endorsement for projects. Naturally, it is assumed that the exchanges conduct due diligence on each project that they proceed to list as an IEO. This is viewed as a ringing endorsement for the project and a worthwhile investment hence becoming easier for them to raise funds. Needless to say, it is imperative for investors to do their own research so as to ensure their investment is safe based on their own due diligence. However, with IEOs, not many investors are following this advice and are rather riding on these exchanges reputation making IEOs seem like less risky investments than they could potentially be.

From a project team perspective, conducting an IEO is considered to be cheaper, marketable, and more credible as compared to alternative methods such as ICOs, STOs or even VC funding. On the downside however, IEOs may take longer to get to market as projects are vetted to ensure they meet the very stringent requirements set by the exchange platforms. Also, competition is high with multiple projects seeking to get listed on very few platforms. Nonetheless, once they are able to prove their viability, then projects can rest assured of success as investors are rushing to purchase IEO tokens. This is due to considerably high ROI recorded so far and the ease of disposal as they are already listed on exchanges.

There are downsides to IEOs too. The exclusivity of IEOs means that tokens are only listed on the exchange that runs the fundraising. Therefore, investors are required to create, and successfully verify each account which may be time consuming and a bothersome exercise.  Secondly, IEOs are basically, self-regulated ICOs that seek to address the flaws of a deregulated and often chaotic market. As such, the standards and regulations set by individual exchanges do not absolve the market of nefarious activities- reputation at stake or not. The possibilities of pump and dump schemes, questionable ownership, sketchy individuals, and scams still loom large. As such, as a potential investor you MUST always Do Your Own Research.

2019 has proved to be the year of IEOs, as many companies have sought this method to raise funds for their projects. Binance, through its launchpad, has led the way so far, holding eleven IEOs this year. With other top exchanges having established launchpads of their own to ensure they don’t miss out on the piece of the pie, this mode of fundraising doesn’t seem like it will be slowing down any time soon. Already there are several IEOs set for the year 2020. A good example is Wolfs Group, which will be holding its IEO at the start of January in 2020. Wolfs Group focuses on three main areas, namely real estate, new technologies, and fintech. The first two rounds of its IEO will be held on the Coinsbit crypto exchange.

All things considered, IEOs seem to have brought a mild sobering effect in the cryptocurrency space considering the billions lost through hundreds- potentially thousands- of ICO tokens that never got to see the light of day in an exchange. With, IEOs, at least investors have the recourse of selling their tokens if they find that the projects they invested in are not worth their salt. From a project’s side of view, IEO provide an avenue for separating wheat from the chaff and could potentially open doors for valuable projects as well as pave the road for cryptocurrency regulation. Where the road leads us, no one knows. But, I bet it’s worth taking a ride to the foreseeable future. 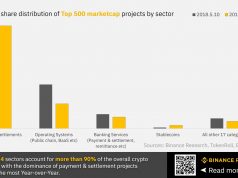