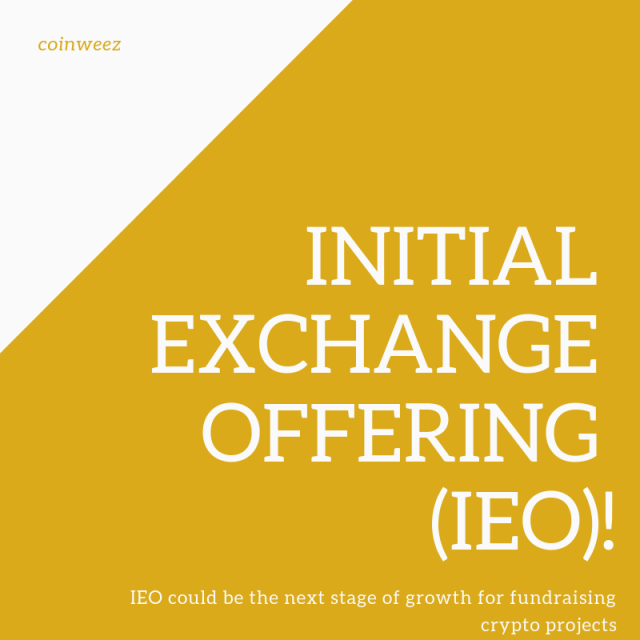 Initial coin offering (ICO) has been the main method of raising funds from investors for crypto projects. Since the first ICO by Mastercoin in 2013, ICOs have continued to grow reaching a peak in mid to late 2017. The rapid growth of ICOs led to discussions around them disrupting traditional way of fundraising for startups through venture capital. Today, ICOs have declined but are still  taking place albeit in more structured way and using different platforms.

A new trend called Initial Exchange offering has been growing. Unlike an ICO, IEO rely on a crypto exchange to become the platform where investors can buy the tokens. In an ICO, investors invest by sending money (mostly ETH or bitcoin) to a smart contract. Thereafter, the developers send the investor the tokens created. More than a thousand projects have been funded through this method, the bulk of which took place in 2017.

With Initial Exchange Offering, the steps are a bit different:

Due to the current bear market, many projects have experienced a challenge in trying to get investors. Furthermore, there is some skepticism about which projects are viable and which ones are not. However, with an IEO, then investors can have a higher degree of confidence about the projects.

Other main advantages of IEO over ICO are:

Binance Launchpad has been one of the most visible in this area. It announced that in 2019, it would be launching one project every month on their platform. On the Binance Launchpad, successful projects are listed on the platform and enjoy the massive publicity of Binance which is largest exchange in the market. The first project was successful and it was BitTorrent token which was sold out in less than 15 minutes on January 28 2019. It took place through two simultaneous sessions; one for purchasing through Binance coin and the other for purchasing using TRON (the company behind BitTorrent).  On February, the second token sale was from Fetch.AI and also sold successful.

Bittrex exchange is also expected to undertake its first Initial Exchange Offering with the project RAID XRD token on March 15 2019.  This would be the first for Bittrex and even received support from Binance CEO.

In conclusion, IEOs are increasingly being seen as a natural next stage of growth in the crypto fundraising market. The prolific rise in ICOs in 2017 saw investors lose money in some ICO projects that had little background checks and it would be rational for investors to be more skeptical when investing in projects. However, IEO and other similar type of partnerships seem to be a viable route for new projects.  For viable projects this is a win-win. Exchanges get to list the hottest and most viable projects while projects get funding in a direct and less complicated way. However, it is important to note that IEOs also involve platform listing fees. The fee varies greatly and will depend on the exchange. Furthermore, token issuers/founders bear the extra marketing cost which also varies depending on the founders, type of project and funds available.