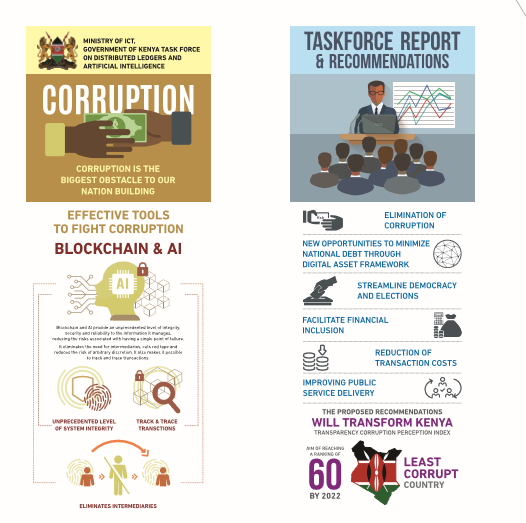 The just-released Blockchain and Artificial Intelligence (AI) task force report in Kenya has laid emphasis on leveraging these technologies in areas of Big Four Agenda which is the president’s main area of focus as per elections pledge: housing, healthcare, manufacturing, and food security. Areas such as public service delivery, cybersecurity, financial services, land titling, the election process, and supply chain, therefore, seem to be the main focus.

The full recommendations are: 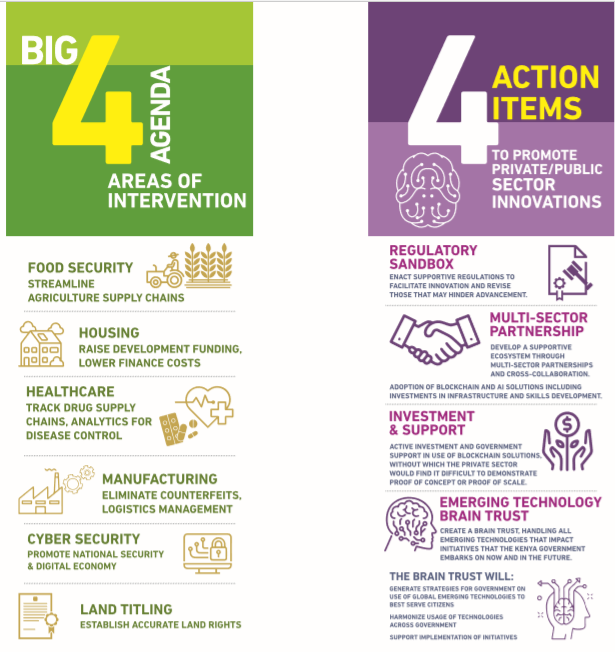 Underpinning all these are two main issues: a favorable ecosystem that supports innovation and connectivity. The report acknowledges that the existing legal frameworks may not apply and therefore need new regulations that allow the innovation to thrive while ensuring consumer protection. The Mauritius Regulatory Sandbox License (RSL) is given as an example of how national regulation can accommodate innovative blockchain projects. It had already issued two RSLs one to SelfKey, a digital identity firm and SALT Lending, an online lender.

Some of the successful use cases in Kenya mentioned in the report are:

Other notable mentions for their work in the industry are:

BanglaPesa: a community currency that has widely been tested in Kenya. it is only used in a particular area of the city. It acts as a complementary currency where physical bills are issued representing units of the BanglaPesa currency

BitPesa: founded in 2013, one of the earliest platforms to leverage bitcoin for cross-border remittances.

The report mentions cryptocurrencies and ICOs but no concrete analysis of bitcoin in terms of regulation and its outlook going forward.

The report also rightly cautions against over-hyping the technology as a panacea. Private blockchains still need parties working together to collaborate. Cases of crediting blockchain undeservedly were also witnessed in Sierra Leone whereby it was reported that it was the first blockchain election only for the contracted company Agora to clarify that it had just developed a prototype to show potential not that it was used in the election.

The notion of self-sovereignty is also explained which would determine the borders within which decisions are made and negotiations with others. For the online world to work like the offline world, there needs to legal digital identities and that the infrastructure need to be there.

To achieve the above, the taskforce recommends a National Digital Infrastructure Framework as shown below 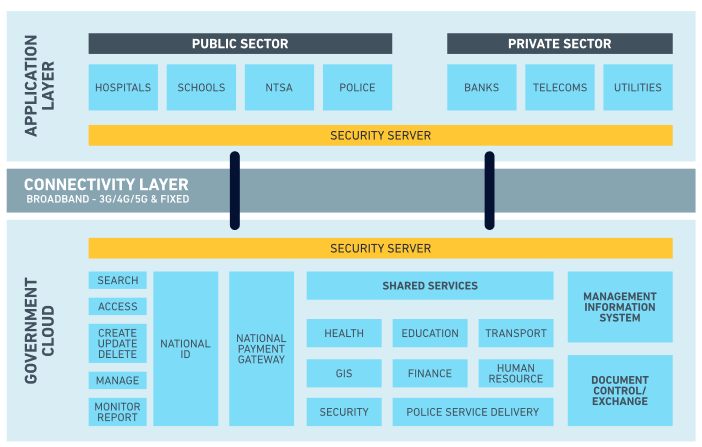 The obvious concerns for such comprehensive digital infrastructure, data protection laws, and user rights will have to be highly enforced and implemented. Adequate checks and balances would also need to be implemented to prevent abuse.

Second is the development of Digital Asset Framework to provide the guidelines which a cryptocurrency must meet in order to be listed on an exchange. This will go a long way in protecting consumers. Capital Markets Authority (CMA) could also provide guidelines for issuing ICO (initial coin offering) such as token issuance, crypto-economics, among others. This also extends to fintech regulatory framework that should cover cryptocurrencies.

Third, introduce Central Bank Digital Currency (CBDC) that would be a stablecoin applicable in areas such as;

The Full report is available on Ministry of ICT website.

How to Trade Cryptocurrency Without KYC