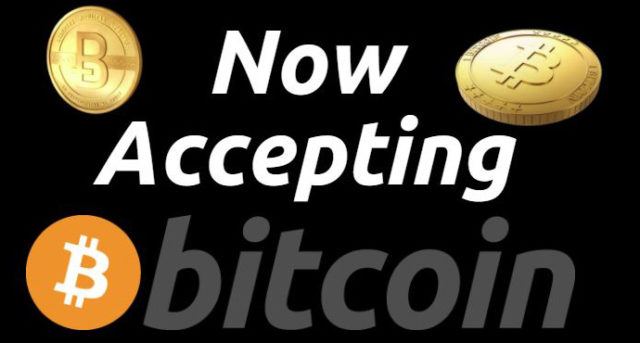 Bitcoin is a type of a cryptocurrency that is being used as a means of payment worldwide. It is the first decentralized digital currency to be established and works without a central bank Bitcoin uses peer-to-peer network whereby transactions take place between two parties directly without the need of a third party or an intermediary.

If you have Bitcoins and wondering where to go and spend them, luck is on your side as companies are now accepting them as a legit source of funds. Below is a list of companies which you can visit and purchase their goods or services using your Bitcoins.

overstock.com was the first online retailer company to start accepting bitcoins as a means of payment back in January 2014. Customers can use bitcoins to pay for everything that they purchase such as television sets, laptops etc. Notably, overstock.com not only allows its customers to pay for goods and services using bitcoins, but also allows use of other major cryptocurrencies like Ethereum, Litecoin, Dash, Monero and the new bitcoin cashTo pay using cryptocoins on overstock.com, select your preferred currency at checkpoint to completer your purchase then the system will automatically convert the currency into bitcoins and finalize the purchase. For more information visit Bitcoin on Overstock.com.

Microsoft  allows users to use bitcoin to deposit funds into their Microsoft accounts. However, the funds deposited can only be used to purchase movies, apps in the Windows and Xbox stores and games. If you love watching movies and gaming online this can be a very reliable service to use as Microsoft has the process well streamlined on Add money to your Microsoft account with Bitcoin

Expedia is an online travel booking agency. It is among the largest travel agencies in the world. Users have had the option of using their bitcoins to pay for hotel bookings since June 2014 at Expedia. Expedia teamed up with Coinbase to make the use of bitcoin as a payment option possible. Currently bitcoin payment is only acceptable for hotel bookings but may be expanded to include flight payments and other services in future. Notably, understanding how to pay for travel on expedia.com with bitcoin can be of great help in case you have no idea on how to go about the bookings.

If you fancy gadgets, then good news is that the electronic retail giant Newegg is now accepting bitcoins as a mode of payment for its goods and services. BitPay, a payment service provider, partnered with Newegg so that it can be processing the payments done using the digital currency. It is important to note that if you are purchasing an item from a seller other than Newegg but sells through the Newegg site, the bitcoin option on checkout will be unavailable. Visit https://www.newegg.com/bitcoin to learn more about the procedure.

This is the first moving company to accept bitcoin as a form of payment after service delivery C:\Users\brenda\Downloads\start shopping at Newegg today to customers. Roadway moving company admitted that one of the reasons that made them accept bitcoins as a form of payment from customers is the lack of sales tax.  The company accepts bitcoin payments from customers who have Hot wallet, that is digital assets connected to the internet. They do not accept payments from who customers who do not have digital assets. https://www.roadwaymoving.com/

Dish Network is a satellite television and internet service provider. Dish Network became world’s largest company to accept bitcoins a form of payments from its customers in August 2014. Just like Expedia, Dish has partnered with Coinbase for its bitcoin transactions.

You can now get your pizza fix using bitcoins and more than 50 other Altcoins at pizzaforcoins.com. You can order your pizza and pay for it with cryptocoins as long as the site verifies it has a pizza joint near your location. Such joints include Dominos, Pizza Hut or Papa John’s. Notably, there is a small fee charged for the service in your final payment.

eGifter  is a famous gift card and a mobile app that allows its users to purchase gifts from different places such as Sephora, Home depot, Amazon, JCPenny and many more. eGifter collaborates with Coinbase as their bitcoin partner. You can use bitcoins to purchase gift cards for places that don’t directly accept bitcoins. egifter.com gives more information on how to get started.