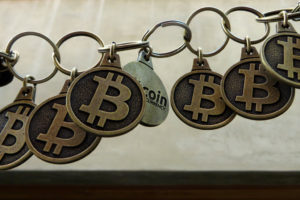 Russia stands out in the blockchain space. Despite all the progress that bitcoin has made in the last few years, many countries remain very skeptical about adopting the digital currency. Russia could be the next major market for bitcoin. Recently, the president of Russia Vladimir Putin blessed the launch of CryptoRuble, which is a national cryptocurrency secured with cryptography. Following the launch of CryptoRuble, many analysts speculated that this would be followed by a nationwide ban on bitcoin and altcoins. Putin however, dismissed these speculations impressing that bitcoin and altcoins will remain in circulation in Russia since the central bank of Russia is looking to institute regulations on them. The intent behind launching the CryptoRuble was not to push bitcoins, and altcoins away but rather to ensure that Russia stays ahead of its neighbors in regards to this technology.

Nikolay Nikiforov, the minister for communication in Russia, stated that: “I confidently declare that we run CryptoRuble for one simple reason: if we do not, then after two months our neighbors in the EurAsEC will.”

Interestingly, before the launch of the CryptoRuble and Putin’s remarks of rallying support for bitcoin in Russia, he had previously condemned bitcoin citing its potential for criminal use. These remarks made it appear as if Russia was going to follow in the footsteps of South Korea and China and ban the cryptocurrencies. Instead, Russia is looking to establish a regulatory framework that will be the oversight for cryptocurrency trading. Notably, some countries such as Japan and the United States have already established regulation to govern cryptocurrency trading. Notably, these countries are among the major markets for bitcoin trading besides being some of the countries in which bitcoin enjoys extensive use for transactional purposes.

The rationale behind instituting regulations is to ensure that the government retains some measure of control on the cryptocurrencies traded within the country. Notably, banning cryptocurrency trading in Russia will not mean that they will stop being traded. To the contrary. Trading activities would still go on mostly over the counter and through peer-to-peer trading platforms. These alternatives to trading are very hard to censor and regulate which means that the government would have no way to exercise any form of control over the trading. Cryptocurrencies are decentralized just like the blockchain technology underlying them thus regulating them does not mean that the government would control their supply and demand. Instead, the government will establish platforms containing Know Your Customer (KYC) and Anti-Money Laundering systems to prevent the use of cryptocurrencies for illegal activities.

Let’s get to mining

Mining is the process through which bitcoins are generated, and it is also the process through which bitcoin transactions are verified. The mining process is synonymous with consumption of an immense amount of power besides requiring the integration of powerful computer hardware with sophisticated software. Mining is very expensive, and considering the continuous increase in mining difficulty, more people are opting to invest in the crypto as opposed to mining. You can read more on mining tools needed to get started as well earlier post on cloud mining.  While the skeptics regarding in mining is widespread, the governor of Leningrad, Russia, Alexander Drozdenko does not care for the FUD surrounding mining. In fact, he encouraged the bitcoin miners to establish facilities in the region to encourage participation in global mining.

In a press conference, Drozdenko stated that “As you know, the construction of LNPP-2 is being completed in Sosnovy Bor, and large areas of the first nuclear power plant are being liberated, adding that this site may be of interest to cryptocurrency miners.”

Bitcoin mining and cryptocurrency exchange markets in Russia indicate great potential for exponential growth. Having regulatory framework back these activities could see Russia become the next major market for bitcoin.