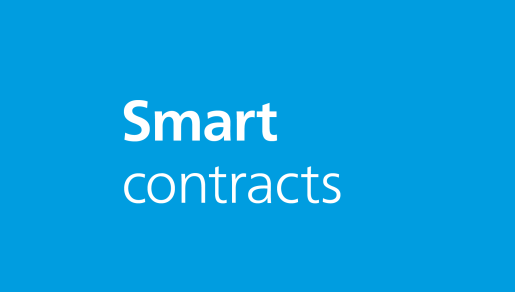 What is a smart contract?

Most technology gurus and business men are aware of Bitcoin, however not all are familiar with the technology behind these crypocurrencies. Blockchains are the public ledgers of all bitcoin transactions, and blockchain technology is the revolutionary technology that is changing the way Contract Management is handled in businesses today. Blockchains enable digital transactions to take place without the help of middlemen such as banks and lawyers. This is so because these transactions have rules-based steps, or blocks, that automatically allows progress of a transaction after the pre-established stage has been finalized. That means that each predetermined chain of a transaction creates and releases the next chain. Because of blockchain technology, the public ledger in the blockchains have given birth to smart contracts that ensures smooth progression of sales, services and agreements without the need of third parties.

It is easy to theoretically apply smart contract to all goods delivery may it be digital or physical because of the sensors and GPS. For instance, if your shipment of machinery is late, the smart contracts can void or reduce your payment.  Also, smart contract can be used to monitor how the delivery was made to determine if an act of God or something unavoidable occurred, to protect the vendor and the delivery company from liability. Take an example where you order a car and the shipment is late. You argue that you can’t pay full price and the vendor in turn says that the late delivery could not be avoided. Such an argument can lead to court and you would pay legal fees, lose judgment and worst could happen and end up paying the vendor compensation fees.

With smart contract the above scenario would be a walk in the park. This is so because the sensors attached to the shipment would be able to determine if the driver stopped at some point to run some personal errand or if the car had a puncture and had to change the tire. Due to the pre-determined terms of your smart contract the parties involved would know exactly who is liable and payment would be restricted or applied automatically.

It is possible to track the performance of business networks through Network Monitoring software. But proving in court that the telephony or cloud service provider failed its duty can be a bit difficult. However, the customer and the service provider can be able to build in the performance parameters to withhold services or payments depending on the performance data records. This can be made possible by adopting the blockchain technology and smart contracts. Instead of bringing the network monitoring data in court of law, one can deploy smart contract that will automatically withhold payments or offer credits without getting lawyers involved and as a result there will be cost reduction.

In the near future, smarts contracts will limit the sharing of software and multimedia content online. Basically, people share passwords to streaming services and some even change or alter an image of Google. Smart contracts and the underlying Blockchain design can be deployed to limit these occurrences. Smart contracts can digitally track an assets usage; alert the original owner of the proprietary file and can disable any access to the file if any breach of service is detected. This role of smart contract can be of great importance to companies and artists who share their content online. In the corporate world, users and devices that are used to access the software can be digitally controlled by more than just the IP addresses; hence alterations made to the software can be controlled by the service provider based on the terms of the smart contracts.

3D printing is also known as addictive manufacturing. It is the process of making 3 dimensional objects from a digital file. Currently people who design products that are 3D-printed only get paid for the initial design. This is so because they cannot restrict how often the source file is used to manufacture more products of the same nature. Smart contract with the underlying blockchain architecture would enable a designer to control or limit the number of times the design is printed. Moreover this would make it possible for them to be paid every time a product they designed is produced. For instance, if their product is printed via a 3d printer forty times, the designer would be paid forty times. It is also important to note that in order to protect the customer, the smart contract restrict individual payments and detect whether or not a print failed.

The above discussed cases may seem appealing, but the blockchain technology available is a bit complex and simplicity is required to normalize its practice. Notably, not many companies accept virtual currencies, and the few that do typically use third parties to pay the companies that accept crypocurrencies actual dollars in exchange for a percentage of the virtual currency being transferred. 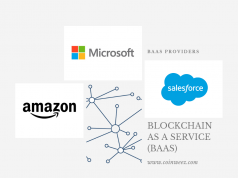