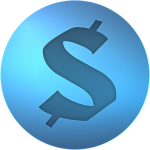 Sphere is quite a sensation, a fact that is evidenced by the vast publications and exciting talks about the platform on popular social media platforms. Sphere draws much attraction from the technical and technological of the platform, and the essence of the Social Activity Token attached to it. While most companies use tokens solely for crowdfunding, SAT does more than this. Every holder of the SAT token becomes eligible to have a share of the company’s profits. The key difference between conventional equity funding and SAT ICO is that with SAT the investor stands to share in profits only. Additionally, SAT ICO has a hard cap, which will contribute to the increase in the value of the ICO and consequently increase the investor’s returns. Basically, offering a share of the profits is like rewarding the users of Sphere’s social media platform. Social media is already exciting as it is. Earning a profit while surfing through social media pages is even more exciting, and that is what Sphere is all about.

Affiliate marketing is one of the most vibrant online forms of business in the 21st century. This form of marketing is such that one gets to earn a commission by promoting a company’s product to other people.  While Sphere may not be in the affiliate marketing business, it has come up with a similar form of promotion. The promotion is such that for every friend you refer, you earn 100 SAT which is equivalent to $5. In a time when economies are so unpredictable, and money has become so elusive, Sphere’s promotion would not have come at a better time. Social media companies often incur hefty advertising costs. In this regard, Sphere stands out in the sense that the company uses its members and users to promote the company and reward them for doing so hence affiliate marketing. The promotion of the users is a clear indication of Sphere’s intent and mission to enrich and develop its members in all ways.

The Sphere platform is still under development and on the path to incorporate a fully functional social interface that is linked to a marketplace and ad platform supported by Social Activity Token. Existing platforms are synonymous with hacking, downtime and privacy measures that are nowhere close to being confidence boosters. The developers of Sphere undertook to remedy this by developing a network that ensures privacy, airtight security, and utmost transparency. A spokesperson for Sphere stated that the social network platform is mostly concerned with privacy and responsiveness to the community. After all, a social media platform is only as good as its responsive interface and privacy measures.

Most social media platforms have failed for various reasons among them being a rigid interface and lack of scalability. The decentralized nature of Sphere social network creates much room for scalability, and its simple interface makes it easy to interact with. Sphere harness the blockchain technology, which is synonymous with robust security measure, transparency, and a peer-to-peer network that enhances accountability. Concisely, Sphere is the next big thing in social media networking.

To find out more about Sphere and the upcoming ICO please visit their site https://sphere.social/ or follow them at https://twitter.com/SphereOfficial1