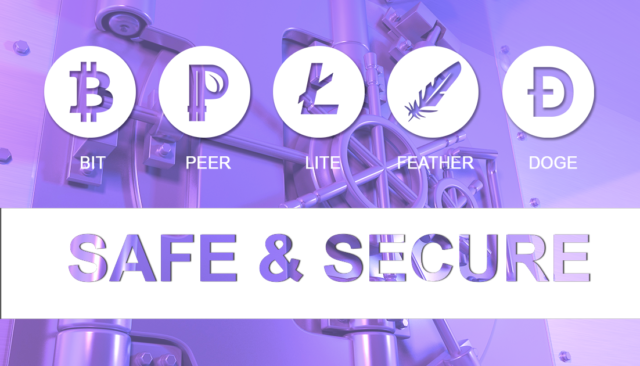 Bitcoins and other altcoins are quite valuable and as such need to be stored in a secure manner just as we do with money. Bitcoins are a modern medium of exchange that, though not yet accepted fully as such, are quickly catching up with conventional currencies. Besides using Bitcoin as a medium of exchange, it also provides a rather attractive investment opportunity. Therefore, while one may be quick to learn how bitcoins and altcoins are generated and to transact with them, it is paramount that one gets to learn how to store these coins safely as well. There are various modes of storage that one can use for cryptocurrencies. These include cold storage, hot storage, exchange wallets, desktop wallets, mobile wallets and ledger USB wallet among others.

Hot storage or hot wallet as the term suggests is a bitcoin address that allows the users to spend the coins at any time. This is made possible by the fact that this wallet remains connected to the Bitcoin network. On the other hand, cold storage is a wallet address that does not allow for frequent expenditure, but it can receive money at any time. Noteworthy is the fact that the cold storage is an offline form of storage while the hot storage is an online storage. Both the cold and the hot wallet have their merits and demerits.

While the hot storage remains attractive in that it allows for spending at any time, it is susceptible to attacks since it is always connected to the internet. The cold storage, on the other hand, is quite rigid when it comes to spending one’s monies, while it is more secure since this wallet is not connected to the internet. Both kinds of wallets can receive funds at any time, with the hot wallet often preferred for receiving. However, once the monies have been received in the hot wallet, it is advisable to move them to the cold storage for safe keeping. One can store a small portion of the monies received in the hot wallet for regular expenditure.

The ledger USB wallet is a hardware wallet for storing Bitcoins and altcoins that helps eliminate forms of attacks by incorporating a second security layer. Unlike the ordinary USB drives that use the NAND memory chip, the ledger USB wallet boasts Nanotechnology, which further enhances its usability. In simple terms, the ledger USB wallet uses smart card security, which makes it an optimal device for cryptocurrency storage. Besides being fascinating in software, the ledger USB is physically attractive thanks to its compact nature. Furthermore, it comes at a very affordable price of about $35.88.

It is important to note that the ledger wallet is not developed as a stand-alone device. Hence it relies heavily on the host computer for setup and execution of transactions. For this reason, the host computer poses as the possible point of failure. This is where the second layer of security built in the ledger USB wallet comes in handy. This layer is designed to mitigate the vulnerability of the host computer hence enhancing ensuring the safety of the money stored in the device.

One of the most efficient at safe ways to buy and sell bitcoins and altcoins is through a well-known online exchange such as coinbase.  Additionally, these exchanges allow for easy deposits and withdrawals. Besides being one of the easiest modes of storage, online exchanges are also among the safest modes of storage. This is in the sense that one does not need to download any software yet one can access their coins even through a mobile device. However, it is important to note that one must perform their due diligence while choosing the online exchange. This is to eliminate or mitigate the risk of settling for fraudulent exchanges or exchanges are prone to attacks by hackers. Recently a Korean Bitcoin exchange was hacked as revealed by Business Insider.

In a past interview Livecoin.net CEO, Svetlana Geller stated,

“Perceived safety and objective safety are two completely different beasts. Perceived safety can be reached by numerous account protection mechanisms. But in reality, this will mostly just hinder the account owner’s user experience”.

Geller’s statement emphasizes the need to perform due diligence to ensure that one settles for reliable storage that suits their needs.

In conclusion, familiarizing oneself with the various modes of coin storage is as important as learning to the coins are generated. Each mode of storage has its pros and cons which means that one must exercise discretion and due diligence while choosing the mode of storage.