Tokenization on blockchain has become main one of the ways of launching crypto startups through ICOs. With tokenization on the blockchain, new business models are emerging that entails ownership of physical assets in digital form only.

The concept of tokens may have gained more attention because of blockchain’s utility and security tokens, but have existed for a while in different parts of the world.

In basic form, Tokens are a form of digital currency that holders/owners of those tokens can use to purchase a good or service or exchange them for cash.  Tokens can represent one or many things at the same time: stake, value, voting rights.

In most common sense, tokens can also be in form of loyalty points given to customers by companies. They can use those loyalty points to purchase stuff at the supermarket or selected outlets.

The most common ones are bonga points used by Telco giant Safaricom in Kenya. Bonga points is a form of digital money- you can buy something with it but you can’t really withdraw tokens like you’d withdraw other forms of digital money like withdrawing cash from mPesa or dollars from PayPal. However, reward points are the only way tokens can be generated and used. This model of tokens is expanded Further when it comes to crypto tokens.

Introducing tokens in blockchain, a fascinating model that could revolutionize how we own assets. As David Sachs, former COO of PayPal says

‘ tokens could represent a new form of ownership-from physical ownership to digital ownership of things-from property, and other investments’ ie, instead of owning a physical copy of title deed, you own a digital token representing it’.

why would this be important or revolutionary in any way?

Tokenization on the blockchain can help open up adoption of digital currencies. With modalities of digital ownership established, it would be easy for more people to participate in local as well as global economy.

Most of the ICOs that have launched are basically utility tokens. Utility tokens give holders certain rights into access to services or products of a company. The holders can use to exchange them for accessing company services.The amount of tokens can be fixed and over time as the services become more valuable, the tokens may appreciate in value and holders can gain. However, by their nature, they do not convey ownership or economic benefit to company’s activities. Holders can not therefore lay claim to profits/loses of a company that has the tokens.

However, security tokens are an investment in a company and therefore convey ownership rights to a company and stake in the company’s assets. This would mean that companies that list security tokens would be registered as company with necessary regulatory authorities. It is still not clear how this would play out.security tokens can represent anything that currently exists in form of security: venture capital, shares in a company, real estate etc.

As explained, the concept of tokens is not a new phenomenon. It has existed in form of loyalty points and bonga points. However, blockchain provides a new layer that could extend the applications of tokens. Blockchain’s immutable ledger architecture ensures that digital ownership of things is not prone to editing or tampering. For example, when you buy shares of a company, It is reflected in capital markets authority/SEC database as the well the company’s database that you own those shares. The same would apply for security tokens. Blockchain ledger would act as verification and authority that shows who owns what. Furthermore, this would not be limited to geographical or national boundaries, giving everyone with access to internet an opportunity to become an investor.

Another aspect is smart contracts that enable financial logic/transaction to be embedded in lines of code. What this means is that smart contracts enable two parties to enter into a contract without relying on lawyers and other third party intermediaries. It self-executes when the terms encoded in it are met. This, together with the immutable nature of the blockchain enable parties to trade digital assets in a secure, transparent and auditable manner. There are no chances of one party being cheated through aspects such as payment failure or fake assets.

Bringing liquidity in real world assets such as real estate is one of the immediate incentives of rolling out security tokens. When more people are able to own assets digitally, they buy tokens in an exchange based on any amount they are willing to invest. For example, imagine you have $500 to invest in real estate, it would be almost impossible to find a real estate project worth $500. However, if there is a real estate project that is worth $1,000,000 tokenization on blockchain can enable many people to own part of that real estate in form of digital tokens. The first step is decide the amount of tokens to create: say 1,000, 100,000 or1,000,000 tokens. Then an individual can buy whatever amount they are willing to invest. In this scenario, there would be a token offering whereby investors can buy the tokes, (eg REALESTATE TOKEN) through an exchange the same way one can buy Bitcoin in an exchange. The token would be encoded in smart contract stipulating the terms. Also a sort of customer verification process (KYC) would take take place to ensure identity of the person is know. Then the tokens are stored in a smartphone online wallet. The holder can sell later on if they so wish.

Basically, its like owning shares but now instead of having a price of paper to represent it, digital tokens represent it. Or this example given by CEO of Harbor

Imagine transitioning from snail mail (physical mails through post offices and email. Both are the same but one takes more time and less efficient.

The current use case we have seen is through ICOs (initial coin offering). With ICO anyone can have an idea, write a whitepaper and have it listed on an exchange for anyone to participate. ICOs enable raising of capital in an easy and open way rather than through only accredited investors through the venture capital model. Under the security tokens model (STOs) the same process would be followed. However, there would be some sort of asset valuation and verification before it is listed.

Investing in this case becomes faster, cheaper, democratized and less complicated. The current owners of real world assets such as real estate can enjoy more liquidity and ability to have cash injection on their assets.

Tokens will be marketed on the internet and anyone can participate, there are limitations in terms of borders.

in simple tokenization on blockchain would enable:

In order for such model to work, it would need to backed up by regulation. For example, I would think there would be rules and regulating how a token is issued, valuation, platforms etc. In the real sense, the regulation of real world assets is already there, what could be needed is compliance and how issuing platforms or exchanges go about it. Indeed, many jurisdictions such as Malta’s regulatory framework for blockchain  have been warming up to the idea.

There are already projects in the industry such as polymath. Coinbase is also preparing to launch security token platform. In the short term, i think it will be hard for any type of investor to buy security tokens directly, however as industry matures, it will be easier. For ordinary ICO investors, I think buying tokens of the platforms that are launching STOs could one way to invest.

HARBOR: Aims at providing a platform for ensuring easy and compliant execution of security tokens for both the issuer and the investor. As shown in the diagram below, the security token stack of harbor is the compliance layer since it will be hosted as Ethereum ERC20 token.

Investors are betting that unlike utility tokens that have dominated the ICO landscape, security tokens will need platforms that take into account technical and legal challenges.

In addition, I think in future, most investors will not know or care that they are trading blockchain based tokenized assets. They will just be buying and selling tokens on exchanges as they wish just as they’d do normal stock trading. This will be true democratization of investments. It is hard to provide the exact value of all real world assets. But combining assets such as real estate, shares, bonds among others runs into trillions of dollars.

All these still adopt the traditional means of ownership- eg paper shares of a company. However, if these can be tokenized, then millions of people around the world can be able to own and participate not just in the local economy but the global economy. Liquidity will be increased, value will be create, more businesses will be launched and funded. Imagine being able to own a price of real estate in Cape Town, bonds in London, Bitcoin, shares in venture capital firm in silicon valley all on smartphone wallets.

lets use US market example (data is easily available):

Sunny Dhillon  an investor in Harbor,  explained above,  explains clearly the reasoning behind the eventual growth of security tokens ‘The US housing stock market  is worth $31Trillion. However, the trade volumes are very low, only about $500 Billion. On the other hand NYSE is worth $10Trillion and its trade volumes of is $16 Trillion. why? ‘NYSE trades liquids assets but real estate is still very illiquid’.

The idea is to tokenize the real world assets such that it is as easy to trade over the internet in complaint exchanges. You can view more analysis here on bringing  old guard industries into crypto.

All this is good but one slight problem exists- blockchains by the very nature do not need or use information from outside the blockchain. Bitcoin does not exist outside the bitcoin blockchain, but an asset like real estate exists and is owned by a person/authority so it’s a centralized asset. Wrong or inappropriate data can be fed. Honoring the token issued on the blockchain could therefore depend on the willingness of the holder. The best route seem to create secondary markets for real world assets on the blockchain while still maintaining the issuing and phases outside the blockchain. It would be interesting to see if this comes to fruition. but of it does, then

Welcome to the world of programmable securities!! everything tokenized! 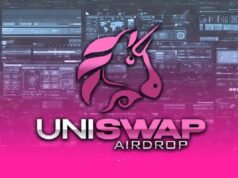