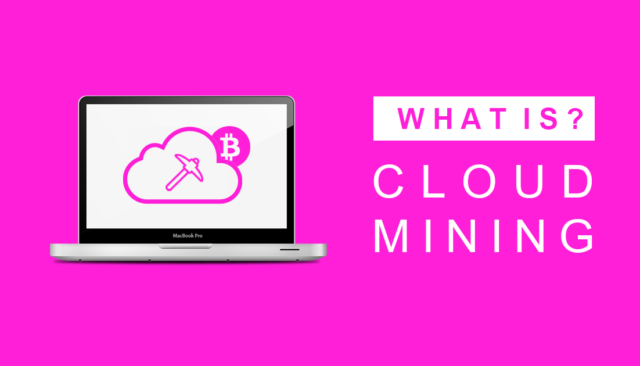 Since its advent in 2009, Bitcoin has threatened conventional mediums of exchange particularly money as we know it. The decentralized nature of Bitcoin and the ease of transaction that comes with it has seen Bitcoin and other cryptocurrencies gain major traction in recent years. Digital coins, unlike conventional money, are mined in a rather sophisticated way, which requires advanced integration of software and hardware. The hardware, software, and electricity power requirement for this process is too high for most people to engage in the mining process.

To engage in Cloud mining which is also known as Cloud Hashing, one must evaluate certain factors. First, one must determine the contract provider they intend to work with. There are several companies offering cloud-mining services. Some of these companies will be highlighted in this section for comparison purposes and not an endorsement.

Hashflare mining company offers SHA-256 mining contracts, but the company recently issued a statement stating that the SHA-256 contracts have been exhausted. Consequently, sale or purchase of these contracts will be suspended until new hardware is delivered to their data centers.

Minex is a cloud-mining provider that offers an innovative aggregator of blockchain projects whose presentation is often in a simulation game format. Instead of contracts, Minex offers Cloudpacks for purchase. An index from sets of cloud mining casinos and lotteries among others are then built using the Cloudpacks.

What next after choosing the contract provider?

After determining the provider, one must then determine what contract they want to purchase. For instance, one can choose between a 500GH or 1000GH contract and what period they want the contract to last. Most of the contracts offered are for a one-year term, but some providers offer shorter contracts for Bitcoin and Litecoin. Though the definition of cloud mining and all it entails might seem extremely daunting and risky by definition, it is in fact not that risky according to the CEO of Genesis Mining, Marco Streng.

The contracts for cloud mining contracts are often sold on per hash basis. While the cloud mining is an opportunity is an approach that allows for Bitcoin mining it is important to note that there are factors that determine profitability in cloud mining. For instance, pay per GHash/s would be 0.0012BTC/GHS for a 24-month contract. Additionally, difficulties realized sometimes in the Bitcoin network is another major factor that affects the profitability of cloud mining for both parties. The measure of the difficulty involved in finding a hash below a given target is what is referred to as Bitcoin network difficulty. Change in Bitcoin Network Difficulty happens after 2,016 blocks or every two weeks.

Despite the complexity and difficulties involved in cloud mining, the cloud miner stands to enjoy certain benefits.

There has been an overwhelmingly high number of Bitcoin cloud mining frauds. Therefore, engagement in cloud mining is subject to the ‘caveat emptor’ principle. Investing in Bitcoin and altcoins through direct purchase and mining is quickly becoming a go-to investment. While in the rush to get a piece of this action one must not forget to perform their due diligence, lest they fall victims of Ponzi schemes.