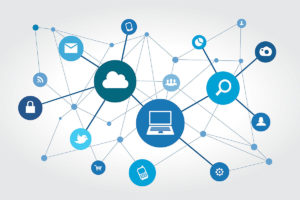 Social media as is

Blockchain brings about an over the whole refurbishment on social media. The blockchain is developed in such a way that it provides for utmost privacy by allowing the users to be in full control of their information. This made possible by the fact that blockchain is decentralised. One of the companies looking to create a blockchain based social media platform is Nexus. Notably, this platform is built to ensure utmost privacy for the users. Moreover, the platform is designed to allow users to send private messages, create transactions and post any information they want through blockchain. Essentially, any two people can chat through this platform, and nobody will get wind of the content of the messages. Not even Nexus. In as far as transactions are concerned, Nexus intends to introduce its own cryptocurrency coined Social.  Various goods and services can be purchased on the platform using this cryptocurrency. Again, these transactions will be free from prying eyes.

Additionally, with most social media platforms, one can only login using their phone number or email address. However, with blockchain based social media platforms one can login with more anonymity when needed. Peter Mcclory, the Ceo of Obsidian, a decentralised messaging platform stated that “We completely remove the requirement for user accounts so that addresses will never contain any information that can be linked to phone numbers, email or other accounts.”

Creating value for the users

If you spend over nine hours on social media and create content that draws much traction, it is only fair that you are rewarded for it. The idea of being paid for social media posting may sound far-fetched, but it’s really not. Synereo has created a mind-blowing system called WildSpark, which harnesses blockchain technology and allows users to get paid for their content. Synereo has created a cryptocurrency called AMP that curators and content creators can use to distribute the content and consequently be paid for it. Curators are persons who ‘share’ and ‘like’ the good content they come across on social media. Ordinarily, all the reward goes to the social media outlet. With AMP, however, social media users will have more reason to smile considering they will enjoy social media content and get paid for creating and sharing the content.

Taking the breadcrumbs away

One of the demerits of centralised servers is the existence of meta-data. Unfortunately, this is the data that third-party exploit to allow them to perform surveillance, data gathering and tracking on oblivious users. One of the key merits of distributed systems harnessing blockchain technology is that they do not allow for meta-data. For instance, with conventional messaging platforms such as android messaging, Apple’s iMessage and Facebook messenger, privacy is ensured through end-to-end encryption. Unfortunately, meta-data remains in plain sight, and this is what prying eyes are interested in. While they may not know the contents of the conversion immediately, they can piece together the information derived from the meta-data to find out.

As the popularity and reliability of conventional social media platforms start to dwindle, more companies are gradually acknowledging that blockchain has the capability to revitalise social media.  Among other factors, blockchain will allow for amplified anonymity, privacy and security. Moreover, it will reinvent the functionality of social media and how information is distributed profitably.